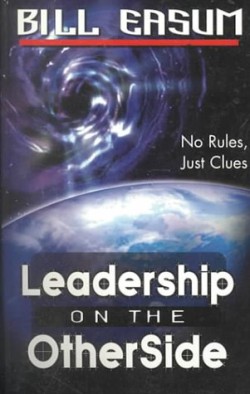 Most Christians would agree that the purpose of the church is to lead people into active, committed discipleship to Jesus Christ. Yet if this is the case, shouldn’t the goal of making disciples drive everything the church does? For example, shouldn’t the primary job of staff members be to recruit and mentor the laity in fulfilling their own call to ministry, rather than the staff members performing the tasks of ministry themselves? Shouldn’t the task of reaching out to those who have yet to answer Christ’s call to discipleship be more important than maintaining programs for those who already have?

Pastors and other congregational leaders know that these ideas are true, yet many often experience considerable difficulty in putting them into practice. They implement new programs only to see old patterns and attitudes persist. The reason for this, argues Bill Easum, is that even with the best of intentions they are operating out of old models of what it means to be the church. The reason some church leaders seem to ‘get it’ is that they have succeeded in changing the ‘mental maps’ that govern the way they conceive of and practice ministry. Without this fundamental redirection of their attitudes and perspectives on how one leads a disciple-making congregation, they will be doomed to half measures and Band-aid fixes that never truly accomplish genuine change and transformation.

In Leadership on the Other Side, Easum identifies several of these shifts in mental map-making, including the following: o From mechanical to organic: From thinking about the congregation as a machine which one can ‘fix’ by improving or replacing specific parts to understanding it as an organism that one must nurture and feed throughout its parts, and whose growth and health are products of a complex interaction with its environment.

ABOUT THE AUTHOR:
BILL EASUM is a President and Senior Managing Partner in Easum, Bandy and Associates, a church consulting and futuring firm. One of the most widely sought advisors on congregational health and vitality in North America, he is the author of several books, including Dancing With Dinosaurs, Sacred Cows Make Gourmet Burgers, and Growing Spiritual Redwoods (with Thomas G. Bandy), all published by Abingdon Press. He lives in Port Aransas, Texas.

The Resource Center is Currently Closed

Please Note: Due to the COVID-19 Pandemic, the Resource Center location is not currently available. If you have questions about materials, please email Rhonda Seymour.