The next North Central Region Gathering will be on Ascension Day, Thursday, May 17th at First Presbyterian Church in Bloomington from 10:00am – 2:00pm.

The program will be a presentation on “Glory to God”, the upcoming New Presbyterian Hymnal.

We will hear from leaders from Presbyterian Publishing Corporation, Meg Flannigan and David Eicher (the hymnal editor).  They will have samplers of the songs that will be featured in the new hymnal (to be released Fall 2013), will answer any questions that congregations might have concerning the publication of our new hymnal.  We will be singing a number of the hymns to be included.

All congregations of the Presbytery are welcome to attend this special presentation held by the North Central Region.

The Presbyterian churches of Bloomington, IN would like to reach out and welcome any of your members who may be college students, especially the freshmen who may be looking for a church “home away from home.” We would love to be a support system for them here, and connect them with some folks and families who are eager to encourage them in this season of life.

If they’re willing, could you please send current student email addresses to Mihee Kim-Kort, FPC Volunteer, and we will do our best to welcome them.

Also, please give them the information for the two churches, if they would like to visit anytime.

The eleventh Annual UPC Ethnic Food Fair is Saturday, September 25 from 5 to 7 p.m.

With a theme of Grilling Around the World, the event is presented by United Presbyterian Church on the church grounds at 1701 East Second St. in Bloomington. The Ethnic Food Fair includes ethnic and popular international music and a wide variety of ethnic food.

Tickets are on sale at the church office. Ethnic Food Fair Co-Chair Allen Pease urges anyone wishing to attend to secure their tickets as soon as possible. Admission is $10 for adults and $5 for college students and children six and older. Children five and under are free.

Grills will be set up outdoors at the church where grilled foods will be served from various nations including Korea, Colombia, China and the United States. Indoors, appetizers, entrees and side dishes will be featured as in years past. Ethnic Food Fair Committee co-chairs Rachel Loop and Vera Heitink note that dishes from more than 25 nations have been featured in the past. Many regional dishes from the United States are featured along with foods from Asia, Europe, the Middle East, Central America and South America. Many ethnic desserts will also be on the menu.

Ethnic music will be provided along with current Top 40 Hits from various nations by DJ Joe Loop and his son Jesse. Committee members are from throughout Monroe County.

The tickets are on sale at United Presbyterian Church during church office hours: Monday – Tuesday – Wednesday, 9 a.m. to 1 p.m.; Thursday, 9 to 11 a.m.; and Friday, 9 a.m. to Noon. The church is located three blocks south of Forest Quad at the corner of East Second Street and Eastside Drive. For details, contact the church at 332-1850.

Eat around the Equator: Mission, Fellowship, Evangelism, Food, Music, and the Lotus Festival all wrapped into one amazing evening!

Join us on September 18th from 3:30-7:30 p.m. when FPC will be hosting this event in an effort to reach our mission giving goals for 2010 and increase awareness of the missions we support. Area 10, MCUM, and Habitat for Humanity will all have representatives in attendance to discuss their work in our community. We will also highlight the Saturday breakfasts and our work in Posoltega.

A $10 donation per person will provide you with tickets for tapas-style food and non-alcoholic beverages. Mark your calendars and invite your friends!  Three wonderful people from our congregation will be providing music throughout the evening: 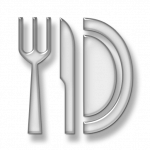 On Saturday, September 25th at 5:00pm EST, Bloomington United Church will host their 11th annual international food fair. This year’s theme is “Grilling Around the World.”

Come early – ‘Cause it’s over when the food runs out!

For more information on this even, call the church office at (812) 332-1850, or email at upc@nullupcbloomington.org.