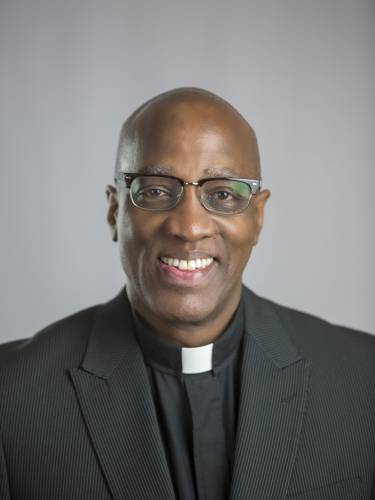 LOUISVILLE – This afternoon, the Rev. Dr. J. Herbert Nelson, II, Stated Clerk of the General Assembly of the Presbyterian Church (U.S.A.), issued a statement opposing President Trump’s executive action that has led to the detention of qualified refugees at U.S. airports and the refusal to board refugees headed to the U.S. from foreign airports.

“I urge the president and his administration to reverse this very harmful decision regarding refugees,” he said. “Presbyterians are not afraid of this so-called terror threat. We are not afraid because we profess a faith in Jesus, who entered the world a refugee.”

Nelson’s statement is in response to Trump’s executive action prohibiting immigration from the Muslim-majority countries of Syria, Iran, Libya, Somalia, Yemen, Iraq and Sudan. However, a NPR report yesterday found that since September 11, 2001, no Muslim extremist from these countries has executed an attack on American soil. Those attacks came at the hands of extremists from Saudi Arabia, Egypt, Lebanon, United Arab Emirates, Russia and Pakistan, none of which are included in the travel or immigration ban.

Beyond barring entry from the seven listed countries, the executive order puts a hold on all refugee resettlement to the U.S. for four months and has indefinitely suspending entry of refugees from Syria. Additionally, Bloomberg has pointed out the ban does not include four Muslim-majority countries in which Trump has business dealings, including Egypt, Saudi Arabia, Turkey and Azerbaijan.

Human rights and refugee advocacy groups noted the U.S. already has the most stringent vetting system for refugees in the world, with the screening process taking 18-24 months on average. In spite of this, Trump has continually asserted refugees admitted through this system are a security risk.

Nelson’s statement is below:

Yesterday President Donald Trump signed an executive order to allegedly protect the nation from terrorists entering the United States. In practice, however, this order serves to further harm those who are the very victims of terrorism, genocide, religious and gender-based persecution, and civil war.

Right now, across the globe, there are families grabbing their bags and clinging to each other as they tearfully flee the home they love, the home they never wanted to leave, because home is no longer safe. And many, after being fully vetted by a legal refugee entry process, are not being allowed to enter the U.S. and are being wrongfully detained at airports across the country.

This is a miscarriage of justice and goes against everything we stand for as a country shaped and formed by people who emanated from other lands.

As the top ecclesial officer of the nation’s largest Reformed body, I urge the president and his administration to reverse this very harmful decision regarding refugees. Presbyterians are not afraid of this so-called terror threat. We are not afraid because we profess a faith in Jesus, who entered the world a refugee.

We are not afraid because, just as we welcome Jesus every advent, we have chosen to welcome our brothers and sisters into this nation from across the globe. Presbyterians chose welcome after World War II when we, as a denomination, demanded that the U.S. allow more refugees to enter then. We chose welcome when our very congregations served as the host sites to refugees in the years before resettlement agencies. And, Presbyterians choose welcome now as we co-sponsor families resettling to the U.S. from Syria, Somalia, Sudan, Iraq, Burma, Bhutan, and other countries.

With every choice of welcome we enter into relationship with people who become neighbors, friends, and family. No administration can convince us to fear.

We oppose this administration’s decision to prolong each and every refugee’s wait for a place to call home under the false pretense of security. We stand ready to welcome our new neighbors, friends, and family of all faiths and nations.

Link to the original article