Sign up today for the Presbytery of Ohio Valley trip to the Holy Land!

Marietta Macy, Director of Children and Youth Ministry at First Presbyterian Church, Columbus, will lead the group. Marietta notes, “I hope you will join us on this once in a lifetime experience that is sure to enrich and expand your faith as you encounter God in the people and places of the Holy Land.”

The Partnership we share with the International Center of Bethlehem includes travel and seeing Bethlehem first hand removes the mystery of the important work being done there. The trip includes Jerusalem, Galilee, the Jordan River, the Mount of Olives, Shepherds’ Field, Church of All Nations, conversation with the Israeli Committee Against House Demolitions and a trip to the Deheishe Refugee Camp. Dar al-Kalima, which is the name of the work in Bethlehem, includes a health and wellness program, an Academy, a University, a Guesthouse, classes for young and old, serving all the people of Bethlehem.

Unpack once! Accommodations are at the Guesthouse of the International Center of Bethlehem 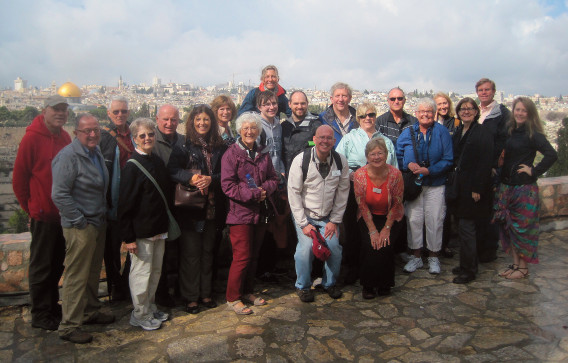 2014 travelers to the Bethlehem region 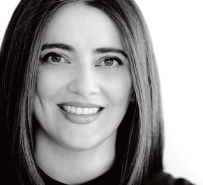 Rana Khoury, Vice President of DAK University College/Diyar, shares the challenges and history of the work in Bethlehem. In its 21st year, it is the third largest private employer, touching the lives of 60,000 in the Bethlehem Region, which is under Israeli occupation.

The conversation will include:

The Partnership the Presbytery of Ohio Valley shares with this work in Bethlehem includes education. Rana is here as part of that partnership. Find a location and come. Hope is what they do in Bethlehem.

Rana Khoury will be in the Presbytery of Ohio Valley
from November 6-10, 2015.

Rana Khoury, vice President of the work in Bethlehem and the first person hired as this work began in 1995, will be here to speak about the work in Bethlehem. The ICB is committed to education, health care,intercultural dialog and promoting the building of civil society. The work is directed by Rev. Dr. Mitri Raheb, Pastor of Christmas Lutheran Church in Bethlehem.

The Presbytery of Ohio Valley(POV) Partnership with the International Center of Bethlehem (ICB) has been a work of the POV since August 2006. One of the works of the Partnership is education.

Travel to Bethlehem and stay at the Guesthouse of the International Center of Bethlehem October 21 – 30, 2014

The Presbytery of Ohio Valley(POV) Partnership with the International Center of Bethlehem (ICB) has been a work of the POV since August 2006. The Partnership provides scholarship dollars for students, funds for Dar al-Kalima College, used hearing aids to serve the 3000 audiology patients seen annually at the ICB Health and Wellness Center, travel and education, daily prayer and support for the Churches for Middle East Peace. The ICB is committed to education, health care,intercultural dialog and promoting the building of civil
society. The work is directed by Rev. Dr. Mitri Raheb.

Individuals, 12 congregations two foundations and the Presbytery have given dollars and have sent 10 shipments of used hearing aids for the ICB Health and Wellness Center. The POV has hosted three staff members of the ICB and made 92 formal presentations. Travel to Bethlehem and see this partnership at work. The place where Jesus was born blesses the world today.

This partnership is a work of Peacemaking. The ICB is an Extra Commitment Opportunity (ECO) of the Presbyterian Church USA. What a gift, when we hear news of Israel/Palestine, to know the good work being done and that we are part of that work. As Rev. Dr. Mitri Raheb says, “We are not called to be spectators, but actors in shaping a new identity that
includes all peoples in this land and in God’s lands.” 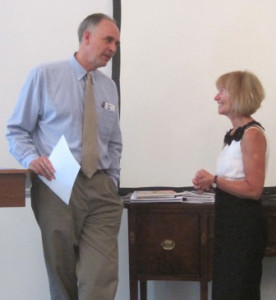 On Sunday, July 14th, Beth Nelson Chase, VP of Bright Stars of Bethlehem, brought greetings and thanks from the Rev. Dr. Mitri Raheb, to First Presbyterian Church, Columbus, Indiana. The Presbytery of Ohio Valley has a Partnership with the International Center of Bethlehem.  Beth reports that this Partnership, which is now seven years old, is a model for other denominations, and she expressed gratitude for all that the Partnership means in Bethlehem.

Beth reports that the Presbyterian Church (USA) Foundation recently announced investments in the work the POV has been partnered with for these seven years. The Foundation has researched work being done in Palestine, and have agreed to oversite of investments of the work under the direction of Rev. Dr. Mitri Raheb. This is an opportunity to work with the people of Bethlehem, who are touching the lives of 60,000 a year in the city and surrounding villages with the services for elders, young families, children, young adults, students and in health and wellness.

In addition, Beth reports that the Dar al-Kalima College is now accredited as a four-year institution of higher education. This accreditation opens possibilities for exchange and the sharing of resources with institutions around the globe. The Dean of the college, Dr. Nuha Khoury declares, “This is a work of life for young people in Palestine.”

The morning event included a Brunch such as is served at the Guesthouse in Bethlehem.  The tables were full of flowers and photos taken by the people from the Presbytery of Ohio Valley who have traveled to Bethlehem as part of the Partnership work.

From Jo Lucas of Mission Partnership:

We are blest to be partnered with work in Bethlehem.  We can celebrate this award, with all those around the world who support this work. To date the Presbytery of Ohio Valley congregations, individuals, foundations and the POV have provided nine scholarships, 23 people have traveled there, seven batches of used hearing aids have been sent, 87 formal presentations have been made, $125,000.00 has been sent for the work there, and prayer is offered daily for the work in Bethlehem and in Indiana.

The Rev. Dr. Mitri Raheb of Bethlehem is announced as a winner of the International Award “Deutscher Medienpreis” for 2011.

Aside from Rev. Dr. Mitri Raheb, the award is given to the Russian Stanislaw Petrow, who prevented a potential third world nuclear war in 1983; the Afghani Dr. Sakena Yacoobi who worked diligently on empowering women in Afghanistan; and to Dr. Denis Mukwege from Congo, who assisted thousands of rape victims in the Congo war.

The decision of the jury to give the award to Rev. Dr. Raheb was based on his tireless work in creating room for hope for his people, who are living under Israeli Occupation, through founding and building institutions of excellence in education, culture and health. He was also recognized due to his strong position and stance on the Culture of Life and Dialogue.

The official ceremony will be held in the city of Baden-Baden in Germany on February 14, 2012. The keynote speaker during the celebration will be the previous German Chancellor Professor Roman Herzog.

Rev. Dr. Mitri Raheb expressed his delight to receive this prestigious award, since it is indicative of the international appreciation and recognition of his efforts that are made on the local, regional and international levels.  He is pastor of Christmas Lutheran Church, Bethlehem, and founder and director of the Diyar Consortium, a group of educational, healing, and cultural ministries.
For more information, go to:
www.diyar.ps
www.deutscher-medienpreis.de
www.brightstarsbethlehem.org

The Trip to Bethlehem has been cancelled for February 2012.

Travel to Bethlehem and stay at the guest house of the International Center of Bethlehem.

Walk the streets where Jesus was born, see Jerusalem and Galilee.

This trip is being offered through Mission Partnerships of POV.
Trip arrangements are with Group Travel Directors. (Group G#120202)
Full brochure available from GTD. 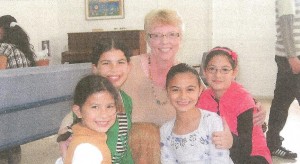 Rev. Peggy Casteel with children at Christmas Lutheran Church during the 2009 trip.

The Presbytery of Ohio Valley partnership with the International Center of Bethlehem (ICB) has been a work of the POV since August 2006. The Partnership provides scholarship dollars for students, funds for the Dar al-Kalima College, used hearing aids to serve the 4000 audiology patients seen annually at the ICB Health and Wellness Center, travel and education, support for the Churches for Middle East Peace. The ICB is committed to education, health care, intercultural dialog and promoting the building of civil society. The work is directed by Dr. Mitri Raheb.

Individuals, congregations and foundations of the Presbytery have given, to date, over $105,000 and have sent seven shipments of used hearing aids for the ICB Health and Wellness Center. The POV has hosted two staff members of the ICB and made 83 formal presentations. Travel to Bethlehem and see this partnership at work!