Spencer says, ‘We will keep working diligently to protect our ministers’

by Susan Reimann | Board of Pensions 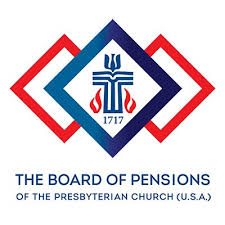 PHILADELPHIA — On Oct. 6, Judge Barbara Crabb, a federal district court judge in the Western District of Wisconsin, found Section 107(2) of the Internal Revenue Code (the subsection dealing with housing allowances) to be unconstitutional based on the establishment clause of the First Amendment. Section 107(1), relating to the exclusion of the value of manse housing, was not the subject of the lawsuit and remains unaffected.

The Board of Pensions is deeply concerned by this ruling. If upheld on appeal, it would substantially impact the congregations and ministers of the Presbyterian Church (U.S.A.). The Board believes that it is inconsistent to exclude manse housing from income and not treat a comparable cash allowance in the same manner.

“Our concern is that ministers could face a substantial and unfair tax burden should the housing allowance in lieu of manse housing be deemed income,” said the Rev. Frank C. Spencer, President of the Board of Pensions. “Our defined benefit pension plan likewise depends on the same treatment to provide adequate income replacement to retired ministers.”

Through the Church Alliance, the Board has been monitoring this lawsuit, brought by the Freedom From Religion Foundation against the U.S. Department of the Treasury. The Church Alliance had previously filed briefs with the court in this matter and expects to file an amicus brief upon appeal.

The Church Alliance follows issues in the legislative, regulatory, and judicial branches of government. It has engaged the firm of K&L Gates as its Washington, D.C., counsel. Members of the Church Alliance routinely engage with members of Congress and the staff of federal agencies. The Core Lawyer Working Group often develops and files amici briefs in important judicial cases.

Judge Crabb has given the parties until Oct. 30, 2017, to submit briefs concerning possible remedies, after which she will make a final ruling. Judge Crabb heard an earlier case brought by the same parties in 2013 and made the same ruling but stayed any action pending appeal. The 2013 ruling was overturned by the 7th Circuit Court of Appeals, which found the Freedom From Religion Foundation plaintiffs lacked standing to bring action. This suit seems to have corrected the issue of standing and, if appealed as expected, the Court of Appeals would presumably consider the constitutional issue itself.

“We will keep working diligently to protect our ministers,” said Spencer, “and we expect this to be a short-term setback and not the end of the story.”

About the Board of Pensions
The Presbyterian Church (U.S.A.) is a connectional church. The Board of Pensions, one of six agencies of the General Assembly of the PC(USA), fulfills a unique role in the community by upholding the commitment made by congregations to care for installed pastors and by providing ways for churches and other Presbyterian-affiliated employers to care for other teaching elders and other employees. The board administers the benefits of approximately 20,600 pensioners and survivors, 12,900 active members, 18,300 dependents, and 8,700 inactive members (those with vested pension credits who are not actively participating in the benefits plan).